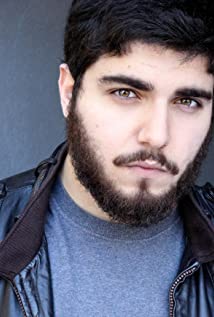 Nazeeh Tarsha was born and raised in Miami, Florida. He discovered his passion for acting after taking an acting for non-majors course while attending university. Soon after taking this course, he began his transition towards the arts, and received his B.F.A. in Theatre Performance from the University of Florida in 2015.Shortly after graduating from the University of Florida, Nazeeh began full pursuit of his acting career by moving to Atlanta, Georgia. During his time in Georgia, Nazeeh landed agency representation with The Jana VanDyke Agency. With aspirations of becoming a full-time voice actor, opportunities from Texas based Funimation resulted in Nazeeh's move to Texas. While there, Nazeeh has had the opportunity to perform in many projects ranging from anime, video games, audio-books, and web series, working with studios such as Funimation, Hi-Rez, and Okratron5000.

Smile at the Runway

Hensuki: Are you willing to fall in love with a pervert, as long as she's a cutie?