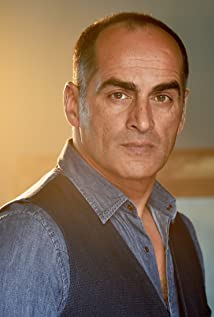 Navid, though sometimes called "the man of a thousand faces," is still most widely regarded as Abu Nazir, the enigmatic al-Qaeda leader he played for two seasons on Showtime's Emmy-winning original series "Homeland." Among his many fans are Israeli president Shimon Peres and U.S. president Barack Obama. The versatile, scene-stealer has drawn critical praise as IRK delegate Jamot on the final season of Fox's hit series, "24," and has appeared on "CSI: NY," "CSI: Miami," "NCIS: Los Angeles," "Law & Order: SVU," "The Closer," "The Game," "Criminal Minds," "Lost," "JAG," "The West Wing," "Without a Trace," "The Shield" and others.Navid's star continues to rise on the big screen. He was a standout in Clint Eastwood's Oscar-nominated blockbuster "American Sniper" as Sheikh Al-Obodi, an Iraqi local paid to help the snipers locate their targets. He can next be seen in "Baba Joon," the first Persian-language film shot in Israel from director Yuval Delshad. "Variety" proclaims Navid once again "transforms in the role of Yitzhak," a turkey farmer struggling to pass his Iranian traditions onto his precocious Israeli-born son. The film, which received best picture at Israel's Ophir Awards, is now set to be the Jewish State's submission for the Academy Awards for Best Foreign Film.Navid recently wrapped principal photography in Vancouver on "Brain on Fire," a biographical drama with Chloë Grace Moretz, Carrie-Anne Moss and Richard Armitage, and this spring he was shooting in Morocco with Jonathan Rhys Meyers, John Hurt and Olivia Thirlby in the espionage thriller "Damascus Cover." His additional credits include a leading role in the critically acclaimed feature "The Stoning of Soraya M." The "New York Times" called his portrayal of Ali as "satanic as any horror-movie apparition."Navid also had significant supporting roles in the films "Brothers" starring Tobey Maguire and Jake Gyllenhaal; "Powder Blue" with Jessica Biel and Forest Whitaker; "Charlie Wilson's War" starring Tom Hanks, Julia Roberts and Amy Adams and "Words and Pictures" with Clive Owens and Juliette Binoche.As an active voice-over actor, he lends his smoky tenor to "Revolution 1979," a video game series based on the Iranian revolution. It was awarded support from the Doris Duke Foundation in partnership with Sundance Institute's New Frontier Program for the Islamic Art's New Frontier Fellowship.Born in Mashhad, Iran, Navid caught the acting bug at the age of eight, when his portrayal of an old man drew laughter from a large audience at an elementary school play. His passion for acting led him to Germany where he spent eight years honing his theatrical skills prior to arriving in the United States. He is fluent in English, Farsi and German, and in his spare time enjoys traveling, studying anthropology, shooting pool, driving and playing poker.