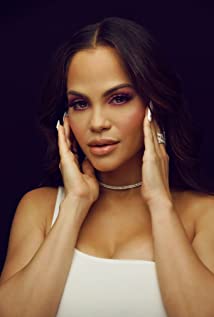 Natalia Alexandra Gutiérrez Batista (born 10 December 1986), known professionally as Natti Natasha, is a Dominican singer and songwriter. She was signed to Don Omar's label Orfanato Music Group. Her debut EP, All About Me, was released in June 2012 through Orfanato Music Group.Natti Natasha was born on 10 December 1986 in Santiago de los Caballeros, Dominican Republic, where she started her involvement in music. When she was 7, Natasha registered at the school of Fine Arts in Santiago, where she took classes for singing and developed her singing abilities, which she has described as one of the best times in her life. From a very young age she had admired artists such as Bob Marley and Jerry Rivera, and especially Lauryn Hill, whom she still names as one of her favorites. Natasha also expressed that she has followed and admired Ivy Queen since the beginning of Queen's career, with Queen responding via Twitter: "Thanks for the respect, admiration. That's having class and more than anything intelligence".As of 2018, Natasha has been a vegetarian for more than three years.Natasha was signed to Orfanato Music Group for a few songs. She released a song featuring Don Omar, called "Dutty Love" and Crazy in Love with Farruko. Its success led to another collaboration with Omar. These songs are featured on Omar's album Don Omar Presents MTO²: New Generation.In 2017, Puerto Rican singer Daddy Yankee released the song ''Otra Cosa'' with Ntasha and Criminal with Ozuna. In 2018 she collaborated with artists Bad Bunny, Becky G, Thalía and Cosculluela Natasha is signed to Pina Records.

Thalía & Natti Natasha: No me acuerdo