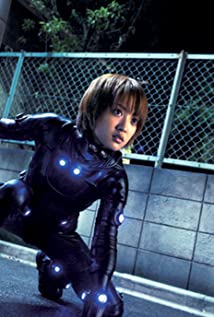 Watanabe Natsuna was born in Toda, Saitma, which is a suburb of Tokyo, in May 1989. She has two younger brothers. She was scouted in Tokyo when she was a junior high school student, but refused the offers due to her school's strict policy. She changed her school in the third year and joined the ranks of models and actresses. She began modelling and acting and dedicated herself by reducing her name simply to Natsuna in November 2009. She also skipped attending university. She had been acting since 2005 when she appeared in Nobuta Wo Produce, but gained fame through her role in the Gantz fantasy films where she appeared naked. She related that her parents, brothers and her have a habit of being nude at home, especially after showers, and as such she has no qualms with nudity. Nonetheless, the shorthaired actress found no offers during this period and had to revert to part-time jobs to make ends meet. She had resisted cutting her hair short despite her manager insisting that she does so because a specific role required a masculine woman. She had to compete against hundreds of applicants for the lead role in NHK's Asadora Jun To Ai, which was the national broadcaster's morning serial, in 2012. She was dating football player Yoshizumi Ogawa in 2012. That lasted a year. She entered a relationship with a small business owner in 2014. She cites ballet, cooking and shopping as hobbies. She is a gamer and loves Zelda. She also loves to drink sake and reports that she was reported missing by her parents one time when she spent overnight at a train station on a bench drunk.