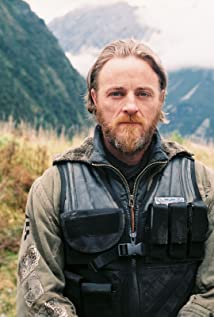 Nathaniel Dean graduated from the National Institute of Dramatic Art (Sydney) in 1999.Since then, Dean has appeared in multiple theatre productions, TV & film roles globally. His film credits include Ridley Scott's Alien: Covenant, Jennifer Kent's The Nightingale and Walking on Water, for which he received the Australian Film Institute (AFI) Award for Best Actor in a Supporting Role in 2002. In 2004 he was nominated for the AFI Award in cult Australian film, Somersault. Dean's other notable film credits include Candy and The Final Winter.Included in Nathaniel's numerous television credits are Anzac Girls, Puberty Blues, Parer's War, Old School, Bikie Wars, Wild Boys, Underbelly, East West 101, Rain Shadow, All Saints, City Homicide, Killing Time, Satisfaction and Always Greener.Nathaniel began his theatre career at the Sydney Theatre Company in the iconic play The One Day of The Year.Dean starred as Macbeth in the 2018 production by The Australian Shakespeare Company and has also appeared in The Effect for the Melbourne Theatre Company, as well as Stanley in A Streetcar Named Desire and Tommy Murphy's Gwen in Purgatory at Belvoir to name just a few.In 2013 he played the lead role of William Thornhill in the acclaimed production The Secret River, in which he was nominated for a Helpmann Award for Best Actor for his performance. He reprised this role in two other remounts touring the country including playing outdoors at the Adelaide Festival. In 2019 the production had its international debut at the Edinburgh International Arts Festival and The National Theatre in London, both receiving rave reviews.Nathaniel is sought-after professional voice artist working prolifically on national campaigns in Australia and internationally including Canon, Holden, Playstation and Cricket Australia, to name a few.His has a production company with projects in the pipeline for both Theatre and Television.