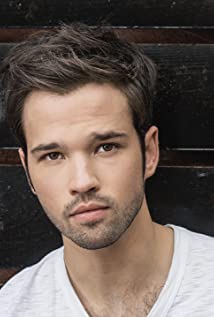 Known around the world for his lead role on Nickelodeon's hit show "iCarly", Nathan plays Freddie Benson, Carly's smitten next-door neighbor and technical producer of her web show. After iCarly ended its stellar run, Nathan broke out into feature films and new media, with New Line Cinema's "Into the Storm", and RocketJump's hit YouTube series, "Video Game High School".Born in Glendale, California, Nathan began acting at the age of three and quickly landed a feature film role as the voice of Easy the Chimp in "Babe: Pig in the City." By fifth grade, he had landed a recurring role as a sketch performer on "The Jimmy Kimmel Show" playing various characters; one of his favorite being a young Simon Cowell of "American Idol."Shortly thereafter, Nathan began to book guest-starring roles on such shows as "Without a Trace," "Standoff," "The Suite Life of Zack and Cody," "House MD," and "Notes from the Underbelly." However, it was his guest role on Nickelodeon's top-rated show "Drake and Josh" that led the show's creator, Dan Schneider, to cast him in "iCarly." Since then, Nathan has starred alongside Christopher Meloni in Nickelodeon's "Gym Teacher: The Movie" and has guest-starred on "True Jackson, VP", "CSI: Crime Scene Investigation", "Major Crimes", and "Hawaii Five-0".Nathan continues his roots in voiceover work with appearances as the classic Wedge Antilles on "Star Wars Rebels", and as a lead on Netflix's animated series "Pinky Malinky". He has also put his experience with multi-camera television to work, with his directing debut on Nickelodeon's popular series, "Henry Danger", as well as several episodes of its sister show, "Game Shakers". With well over a dozen episodes under his belt, Nathan is continuing to develop his abilities as a director by broadening the scope of his work into more varied styles of directing.In 2015, Nathan married the love of his life (and "Into the Storm" co-star), London Elise Moore, and they welcomed their first child, Rosie, in December 2017.

Tell Me How I Die