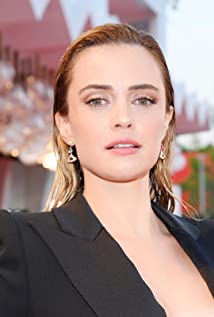 Nathalie is a versatile actress. She has Greek ,Colombian, Italian, Bavaria and British ancestry. She was born in Colombia and raised in Italy and Greece. She speaks fluent English, Italian, Spanish and Greek and she love's imitating accents.Curious at heart and determined to follow her creative calling, she dropped out of King's College London, giving up her scholarship and Pharmacy degree, to pursue a 3 year acting course at the prestigious, National School of Cinema in Rome, (Centro Sperimentale di Cinematografia).In 2006 she got her acting diploma and successfully began her acting career. Her outstanding performance in Italian feature films and major Italian TV networks, made her popular, capturing the attention of many Italian, American and British co-productions. She has won an 'Italian Golden Globe', for ''Best Upcoming Actress'' in feature film, ''Ultimi della Classe''.She made her Hollywood debut with feature film, ''Romeo and Juliette'' by Carlo Carlei and the successful Super Bowl's commercial,'' Fiat X-Blue Pill''.She has recently starred in international projects such as feature film 'Ride' (Netflix) and TV shows such as 'Sanctuary' (HBO Spain, Apple TV, Amazon Prime) , 'Devils' ( The Cw, Universal TV, Sky TV) and 'Penny On Mars Season 1 & 2' on (Disney Plus).Nathalie is currently based in Rome, Italy.