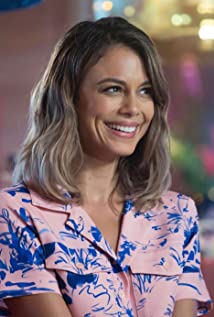 Born in Peru to a Peruvian mother and Argentine father, Nathalie immigrated to Sydney, Australia at 2 years old where she later attended the academically prestigious North Sydney Girls High School, whose alumni includes Nicole Kidman and Catherine Martin.She showed an a interest in acting at a young age and enrolled in summer classes at NIDA. One of her teachers was Australian actor Nick Bishop who, 10 years later, would play her love interest on the ABC show Body of Proof.As a teenager she spent her summers in Brazil where she immersed herself in Brazilian dance and learned to speak Portuguese fluently. When she was 18 years old she found herself living in São Paulo, Brazil, splitting her time between modeling for the agency L'Equipe and working with street children. The latter eventually convinced her to return to Australia and begin a degree in Political Science at the University Of New South Wales, majoring in Third World Development.During her studies Nathalie volunteered with and became very close to Aboriginal community in the inner city suburb of Redfern. It was during his time that Nathalie's big break came when she booked the lead role in the Brad Kern/ Aaron Spelling pilot 'Mermaid', for which she deferred her degree and moved to Los Angeles.A few months later she had booked a role in Fast and Furious Tokyo Drift as the lead female, Neela. For the role Nathalie learned Japanese in addition to drifting.The movie was followed by roles in films such as Take Me Home Tonight, during which time she also starred in Bruno Mars' first solo release 'Just The Way You Are". Her role of Dani spanned 8 episodes over Season 2 of Body of Proof on ABC. And most recently Nathalie just wrapped a pilot for Lifetime titled Unreal. At the present moment Nathalie is writing and pitching a travel show.In 2012 Nathalie embarked on an ongoing collaboration with cult photographer Neil Krug.She is currently (in 2014) residing in Vancouver filming a new Series for Lifetime titled Unreal.

The Man Who Shook the Hand of Vicente Fernandez