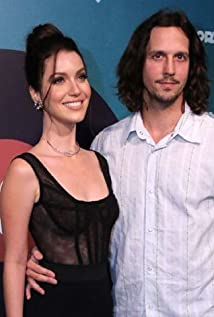 Nathalia Dill began her career performing in plays such as "A Glória de Nelson", in 2005, and "Jogos na hora da Sesta" in the same year. In 2006 she was invited to join the cast of the HBO's series "Mandrake", where she appeared in "Rosas Negras". In 2007, Deborah Rios played the villain in the 15th season of "Malhação", while working as an extra on the show attended the film "Tropa de Elite", where he played a college student. In 2008, in the films "Feliz Natal e Apenas o Fim". In the next year, Natalia participated in her first starring telenovela already in "Paraíso", where he lived the character Maria Rita (Santinha). In the same year participated in the special year-end of the station, C D E Factory In 2010, Natalie lived her second consecutive player in "Escrito nas Estrelas", playing Viviane / Victoria. In 2011, she was a part of the cast from "Cordel Encantado", playing "vigilante" Doralice Peixoto. Premiered in 2012 on prime time Globo in "Avenida Brasil", John Emanuel Carneiro, where the character is in love with Deborah George, a role that Cauã Reymond.