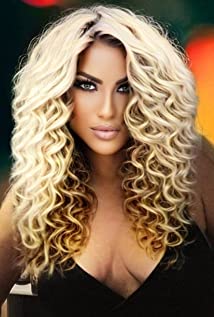 Natalie Peri BiographyNatalie's Early Background, Early Acting and Singing Experience, and Special Skills and Talents:From early childhood, Natalie Peri had an innate love and passion for all facets of entertainment, including music, novels, television, movies, plays and the glamour, fashion, modeling, premieres, and excitement that accompanied all those things. Natalie was fortunate to gain a mountain of experience from the many opportunities given to her to act and sing in school plays beginning at the young age of thirteen. Natalie Peri has always wanted to be an actress, model, and singer, and now she's all of those things and much more. Natalie's an actress/singer/writer/producer who's also directed her own film projects and also has written and rewritten scenes that she was hired to perform in.Natalie had much more in her favor than just a love and passion for the entertainment industry, she also has an abounding talent that only a few are given, such as a photographic memory which allows her to read, for the first time, a screenplay just 30 minutes to an hour before filming and deliver her lines perfectly. She can read a screenplay overnight and memorize her scenes so well that she not only knows all her lines but can help other actors with their lines as well. In addition to knowing her lines to perfection, Natalie also puts her whole heart, soul, and passion into every scene she films, and has begun to establish herself as a "one-take" talent. Her directors are blown away by her acting talent, and they call her back for new projects over and over again.As if having a love and passion for music, film, and stage and having abounding talent were not enough, Natalie also was born with what filmmakers have grown to know as "the look" as in the nickname of "it girl" first given to the actress Clara Bow in 1927 and followed over the years with such notables as Elizabeth Taylor, Janet Liegh, and Marilyn Monroe From her early youth, Natalie has always had "the look" that draws people to her, but it has begun to show its effects more prominently within recent years. One example of this, is that her social media following has begun to grow by leaps and bounds and she's become more recognizable than ever before.Another effect that hints that Natalie may be becoming the "it girl" of 2021 is the following. Five years ago, Natalie was receiving only an occasional uninitiated contact (perhaps maybe one such contact every three months) from a producer or director inquiring about possibly using Natalie in one of their film or TV projects. However, recently in current months, she has appeared on 10 or more interviews on internet radio talk shows. Also, more and more uninitiated producer/director contacts seem to be taking place, "completely out of the blue," weekly and sometimes daily with no effort at all on Natalie's part to initiate the contacts except for her increasing numbers of radio interviews and her posts and conversations on her social media pages with her many fans who absolutely love her.Every one of these uninitiated contacts has the same types of responses from producers and directors who were contacting Natalie and saying that they were quite impressed with "her look" and "screen presence," saying that they have seen Natalie's photos and project announcements, her posts and responses on her social media accounts.Natalie's Formal Preparatory Schools and Skills Training and Experience in the Performing Arts:Natalie attended the Performing Arts High School in New York and then later attended New York's HB Studios where she received professional training in the performing arts. Natalie progressed to Community Theater and began to perfect her skills by working in Off-Broadway plays, Movies, and Television.Natalie's Modeling and Music Career Goals:Natalie continued to fulfill her modeling and music career goals by becoming a professional model where she was chosen to be a billboard model for Crunch Fitness and she was chosen to be a Cover Girl in Style Magazine. Natalie's music career took off when she began working professionally for five years performing for large parties and major events over Long Island, New York as part of the highly-popular duo-team called Rockin' Robin, where she gained experience singing favorites of 50s, 60s, 70s, and later periods. Beginning in 2010, Natalie has performed in over 5000 shows with Rockin' Robin, and she began posting some of her recorded shows on her social media accounts.Some of Natalie's singing performances were before large military audiences, who were quite taken by Natalie's original song "Waiting," which tells a story of a young girl waiting for her boyfriend to come home from his deployment overseas. Her song "Waiting" touched the hearts of her military audiences, much like songs sung by famous artists did during World War 2 on USO tours in wartime areas for men who were stationed there far from home and families. Another one of the songs on Natalie's first