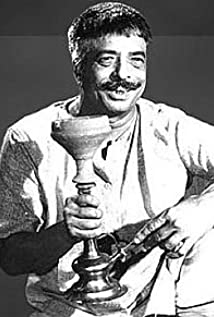 Nazir Hussain was concerned with the Indian film and multimedia.He was born in Usian village near Dildarnagar , famous character hero at his time. He was earlier associated with the Azad Hind Fauz set up by Subhas Chandra Bose. He established the "Kamsaar Film" , under the banner of which many hit films in Bhojpuri were produced. He always gave priority to Bhojpuri culture of the district in his film.His nephew Mr. Tahir Hussain is at moment noted film Director and Producer.