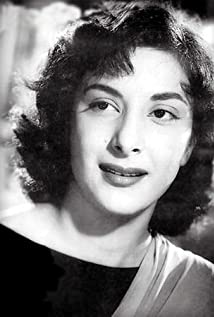 Nargis was born on June 1, 1929 as Fatima Rashid in Rawalpindi, British India, daughter to Jaddanbai and Uttamchand Mohanchand, a former Hindu Mohyal Brahmin who converted to Islam as Abdul Rashid. Her mother was a well-known dancer, singer, actor, composer, and director. This is what paved the way for Fatima to become a child artiste (Baby Nargis) as early as 1935. She was the half-sister of Bollywood actors, Anwar Hussain and Akhtar Hussain.Nargis, and actor Raj Kapoor formed a reel romantic couple. It is well known that they had an off-screen romance. Raj, who was already married, refused to divorce his wife and marry Nargis.After playing the mother of Sunil Dutt in the movie 'Mother India', she subsequently married him on March 11, 1958 . She had three children, namely Bollywood actor, Sanjay Dutt, and two daughters, Priya, and Anju. Her son Sanjay was married to actress Richa Sharma, who passed away due to cancer. They have a daughter named Trishala. His second wife was Rhea Pillai whom he subsequently divorced. He is now married to Manyata Dutt, formerly known as Dilnawaz Shaikh. They are the parents of twins, Iqra and Shahraan. Her daughter, Anju, is married to Bollywood actor, Kumar Gaurav, who is the son of actor Rajendra Kumar. Her husband, Sunil, Dutt, went on to win a seat in the Indian Parliament, and after his passing, their daughter, Priya, won his vacant seat.Nargis passed away due to pancreatic cancer on May 3, 1981.