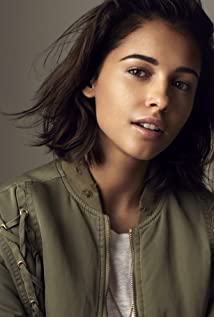 Naomi Scott is a multi-talented actor, singer and songwriter. She stars as "Jasmine" in Disney's blockbuster live action remake Aladdin (2019), alongside Mena Massoud and Will Smith, directed by Guy Ritchie. Disney released the film in May 2019, and it became one of the biggest films of the year.Naomi was born in London, England, to Usha (Joshi) and Christopher Scott, who are pastors of the Bridge Church, Woodford in Redbridge. Her father is British and her mother, who is from Uganda, is from a Gujarati Indian family.Naomi appeared in "The 33," directed by Patricia Riggen. Starring Juliette Binoche, Gabriel Byrne and Antonio Banderas, the film is based on the 2010 rescue of 33 Chilean miners after being trapped for 69 days in a gold and copper mine. Naomi plays "Escarlette", the daughter of Banderas' character who is the leader of the miners. Additional credits include a series regular role in Steven Spielberg's television series "Terra Nova" for DreamWorks and FOX, a lead role in the hit Disney Channel movie "Lemonade Mouth" and a lead role in Lee Toland Krieger's short film "Modern/Love" produced by Roman Coppola.In 2017, Scott was seen in Lionsgate's Power Rangers (2017), directed by Dean Israelite, which tells the story of a group of teenagers who transform into a uniformed team of superheroes ready to protect the world from evil. Naomi plays "Kimberly" aka 'The Pink Ranger', a girl unconventionally cool in a way all the popular girls wish they were.Naomi is in production on "Charlie's Angels," which Elizabeth Banks is helming for Sony - she won the highly coveted leading role of "Elena" opposite Kristen Stewart. Sony is set to release the film in November 2019.Naomi resides in London.

Our Lady of Lourdes