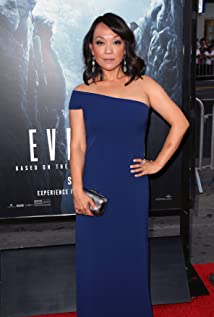 Born in Nagoya, Naoko moved with her parents to New York aged four before returning to Japan and then, when she was twelve, locating to London. Naoko began to take singing lessons and at the age of 17 was cast in the lead as Kim in the West End musical 'Miss Saigon' opposite John Barrowman, with whom she would later appear in the TV science fiction series 'Torchwood'. Her subsequent television appearances include as Julia Sawalha's studious friend in 'Absolutely Fabulous', the hospital receptionist in ' Casualty' and in 2010 as Yoko Ono in 'Lennon Naked'. In 2006 she returned to the London musical stage playing Christmas Eve in 'Avenue Q' and in 2015 was part of the huge ensemble cast in the big screen 'Everest', as ill-fated mountaineer Yasuko Namba.