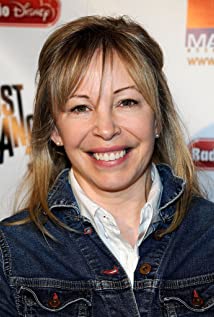 Nancy Robertson is a Canadian actress, best known for portraying Wanda Dollard of the Canadian television series Corner Gas, and for her role as Millie Upton in the series Hiccups.Robertson was born in Vancouver, British Columbia, Canada. Robertson appeared in the mockumentary film The Delicate Art of Parking with fellow Corner Gas star Fred Ewanuick. She also starred in the CBC sketch comedy series The 11th Hour from 1999 to 2000. She made a brief appearance in Ice Cube's movie Are We There Yet?. She had a brief but memorable guest appearance on Dead Like Me in 2003. She was also in the television mini-series Alice as the dormouse.Robertson is an alumnus of the Vancouver Theatre Sports League improvisational comedy troupe.Beginning March 1, 2010, Robertson stars in the TV series Hiccups on CTV, playing a children's author with anger management problems. Like Corner Gas, the series was created by and co-stars Brent Butt.On November 19, 2005, Nancy married her Corner Gas co-star Brent Butt. They live in Vancouver.

The Delicate Art of Parking