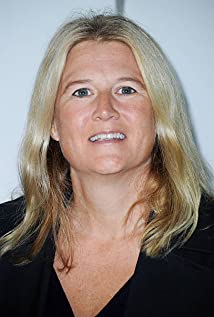 Nancy Hower was born on May 11, 1966, and grew up in New Jersey. She appeared on stage for the first time as a senior in high school. After high school, she studied drama at the noted Juilliard School in New York, and subsequently appeared in many regional shows as well as in the Williamstown Theater Festival. Nancy's professional theatrical debut was on Christmas Eve of 1993 where she starred in the lead role of Andrea in a production of "The Years" at the Manhattan Theatre Club in New York.She is perhaps most famous for her recurring guest role as Ensign Samantha Wildman on Star Trek: Voyager (1995), a role she continued to reprise for five years. In addition to her numerous stage, television, and film roles, Nancy has directed for the stage and film. In 2003, she directed the unreleased short film The Wizard of Id, and in 2004 she made her feature film directorial debut with _Memron (2004)_. Also written by Nancy, Memron is a mockumentary on the real life Enron scandal. The film won high acclaim and awards at many film festivals in 2004, including the Audience Award for Best Narrative Feature at the 2004 Slamdance Film Festival.Most recently, Nancy is filming her improv comedy series 10 Items or Less, which has just been purchased by TBS. She will also be singing for the upcoming film _Catch and Release (2007)_, as well as appearing in a small role in the movie.

The Last Man on Planet Earth