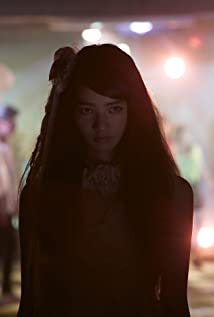 Tokyo native Komatsu Nana was born in 1996 and began her career starring in a short film, called Tadaima, before immediately graduating to movies like Close Range Love and The World Of Kanako. Prior to these, however, she was a popular account holder on Instagram and a model. As such, it is no surprise that photography is one of Nana's hobbies. She issued a photo collection of her work on Turkey's Trabzon port in 2016. She was scouted while still in elementary school in Tokyo's Harajuku district. By 2015 she had already won the 38th Japan Academy Prize: Newcomers Of The Year award. She has since added several awards to her roster. The model and actress was dating Korean rapper G-Dragon before also being linked to Drowning Love co-star Masaki Suda. She should not be confused with a character from the manga and film series Nana with the same name. She is signed to Stardust Promotion and enjoys travelling and playing the flute while disliking spiders and karaoke.

Kids on the Slope

My Tomorrow, Your Yesterday