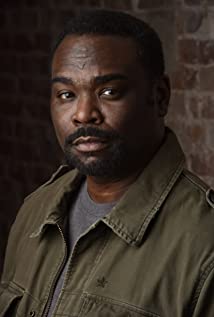 Actor, writer, director, and entrepreneur, Nakia Dillard is a native of Philadelphia, PennsylvaniaAs a child, his love of arts introduced him to a whole new world of colors, animation, and imagination. Being extremely talented in this field of artistry. Nakia anticipated this as a life career and profession. However, that was before he enrolled and attended his Alma mater, the prestigious Freedom Theater in Philadelphia, Pennsylvania. There he met the renowned acting coach Ricardo Martin who introduced him to the Rainbow Company where he further pursued his acting abilities and progressed to performing at the distinguished Hedgerow and The Wilma Theaters.Nakia has worked alongside with some of the most recognized and very influential names in the industry including actor and director Bill Duke. He has appeared as a frequent character in the critically acclaimed TV series "The Wire", which commenced his TV and film career. Nakia was soon appearing in projects with Gerard Butler, Jamie Foxx, Anthony Mackie, Wendell Pierce, Kerry Washington and other notable performers.Today, Nakia is steadily fulfilling one of his lifelong dreams as an activist and entrepreneur in the community that propelled his career. He is the founder of Aikan Entertainment Solutions and Aikan Acting Academy. Aikan Entertainment Solutions is an organization that empowers, encourages and challenges the entrepreneurial spirits of the youth. Aikan Acting Academy trains and prepares students of all ages beginning at age five through adult, in the art of acting as well as other artistic creative outlets.