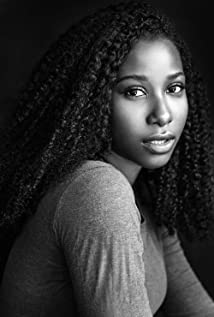 Naika Toussaint is an actress from Surrey, British Columbia. Her spark for acting began when she saw her first feature film at the age of 9. Soon after, Naika was determined to break into the acting industry. She would put on shows for her family and friends until her mother finally put in her first acting class. Since then, Naika has booked major commercial campaigns such as Target, Acuvue and Tostitos. She then moved onto the film and television world, where she has recurring roles on Fox's psychological, mind-bending thriller about a mysterious small town in Idaho called "Wayward Pines" as well as Syfy's action-horror series Van Helsing, She also booked a role on the Netflix Comedy "Haters Back Off" and Lifetime's fantasy comedy/drama "The Witches of East End". Some of her TV/film credits include: A supporting lead in lifetime's "Story Of A Girl"- A powerful coming-of-age story, based on the novel by Sara Zarr, directed by Kyra Sedgwick and staring her husband Kevin Bacon; The MOW "Christmas Solo (aka "A Song For Christmas")" directed by Christine Will Wolf and written by Sheryl J. Anderson; As well as Abducted: The Carlina White Story based on a remarkable true story, to name a few. She has worked alongside award winning actors such as Aunjanue Ellis, Keke Palmer and Ryan Reynolds in the blockbuster feature film "Deadpool". Naika was nominated for Best Actress at the Victoria Texas Independent Film Festival for her lead role in the short film "Counter Act" - A 1960's period piece about a sit-in in a small town American diner during the civil rights movement. Counter Act has won numerous awards during its film festival run and got 4 nominations at the 2017 Leo Awards.

A Wish For Christmas