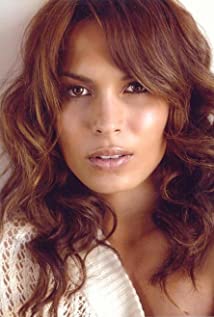 Nadine Velazquez stars in History Channel's new drama, Six (2017), as "Jackie Ortiz", a strong wife of a Navy SEAL who holds the Ortiz family together. Known for her role as "Sophia" on FXX's The League (2009)--which ended its successful seven year run in 2015--and as "Catalina", the sexy hotel maid/stripper/illegal immigrant with a heart of gold, on the People's Choice-winning NBC comedy series My Name Is Earl (2005), for which she received four Alma Award nominations in the Best Supporting Actress category, She also plays "Deputy DA Emma Rios" on TNT's Major Crimes (2012).Moviegoers know her well from seeing her dramatic side starring opposite Denzel Washington in the Robert Zemeckis-directed Flight (2012), as well as in the action thriller Snitch (2013), where she starred as "'Analisa". Dwayne Johnson's wife. In 2016 moviegoers got a chance to see her in Universal's box-office hit [tt2869728 opposite Ice Cube and Kevin Hart, as well as in her first romantic comedy, The Bounce Back (2016) opposite Shemar Moore."Daily Variety" singled her out as one of "Ten Actors to Watch" and "USA Today" named her "One of Five Rising Stars to Watch Closely". She was additionally picked by "Entertainment Weekly" for its "Summer 'Must' List" and was included in "People En Espanol" for its "50 Most Beautiful People".A Chicago native of Puerto Rican descent, Nadine resides in Los Angeles. She is a supporter of charities that provide education and shelter to disenfranchised women. Her dedication to these charities come from her personal experience.