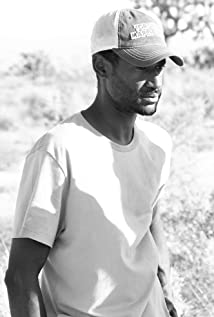 Nadeem Soumah is a professional filmmaker with over 20 years of experience. Formally trained in Canada at York University and Trebas Institute of the Arts, Nadeem began his career in music videos. Known for his vibrant storytelling, he soon became one of the most sought-after music video directors in Canada, amassing a library of over 200 videos. Eventually landing in Los Angeles, Nadeem steered his career to his lifelong ambition of directing narrative films. His extensive resume includes multiple feature film directing and writing credits, ranging from independent art house projects, theatrically distributed action crime thrillers, to network television films. His debut feature, Searching for Angels won critical acclaim on the festival circuit, which immediately led to his next project, a commercial crime thriller 6 Ways to Die. On the strength of the Nadeem's script, this project attracted a star studded cast, with Vinnie Jones describing the screenplay as "one of the best he's ever read." Proving that he can deliver a commercial success, Nadeem went on to direct close to a dozen more pictures through his Los Angeles-based production company, Formula Features. Working at an aggressive pace of three films per year and helming both director and cinematographer duties, Nadeem has continued to impress the industry, as noted by his films garnering domestic and international distribution with companies such as eOne, Lionsgate, and Lifetime. Not only is Nadeem known as an actor's director, his extensive experience as a cinematographer makes him agile and an excellent problem solver. From his upbringing in West Africa to a Guinean father and Indian mother, to his time in France as a student and budding soccer star, to his move to Canada during his formative years, Nadeem harnesses the power of his life experiences to bring rich, varied and unique perspectives to his filmmaking. Currently, Nadeem is in post-production for Impropriety, and developing a project set to take place in his native country of Guinea where he looks forward to growing the nascent film industry and bringing Hollywood style production values to the region.

The House on the Hill