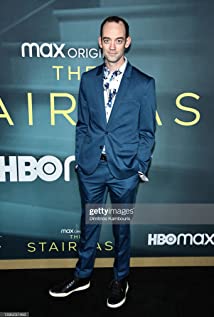 Myke Holmes is an American actor known for his work on The Walking Dead (2016), House of Cards (2016) and The Longest Ride (2015).He earned a Master of Fine Arts degree from Northern Illinois University where he studied under master acting teacher Kathryn Gately.Myke also studied at the world-famous Moscow Art Theatre in Russia and earned his BA in Theatre from the University of North Carolina Wilmington.As a professional actor, Myke has worked in theatres in Russia, Romania, New York, Los Angeles, and all over southeastern United States. He can be seen in various films, television shows, commercials, and can even be heard in a cartoon or two.Myke teaches Acting at the University of North Carolina at Wilmington.