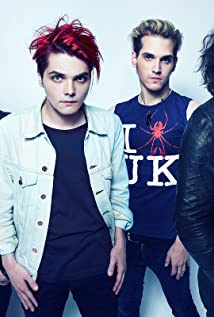 My Chemical Romance is a rock band from New Jersey formed in the wake of September 11 attacks. Founded by artist / writer Gerard Way, the band existed initially from 2001-2013. With a string of platinum albums, the band became one of the most popular rock bands during the mid-2000s. The group reunited in 2019. The band consists of Gerard, Ray Toro, Frank Iero and Mikey Way.