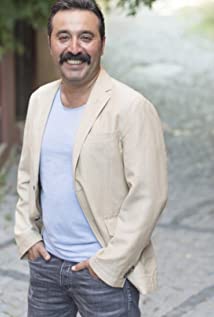 Mustafa Ustundag was born in 11 February 1977 in Mersin. His mother is a housewife while father is a worker at Anatolia Glass Factory (Anadolu Cam Sanayi Fabrikalari). He went to primary, secondary and high school in Mersin and then went to Istanbul to study at Conservatory. Since he used to speak with Mersin accent, he could not pass the entrance exam at first but he worked so hard for one year and managed to enter the Conservatory at his second attempt. After taking theatre lessons at Mujdat Gezen Art Center, Mustafa Ustundag started to work at Kocaeli Region Theatre (Kocaeli Bölge Tiyatrosu), Kartal Sanat Isligi, MSM Actors, Pervasiz Theatre. Mustafa Ustundag took part in various TV projects yet he became very popular with his role as Muro in Valley of the Wolves: Ambush (2007). He portrayed successfully the cruel bully with comic attitudes.

Yasar Is Neither Alive Nor Dead