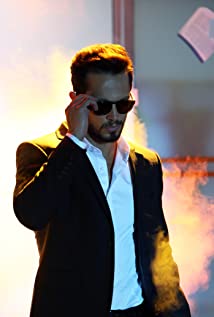 Murat Boz Turkish singer, lyricist and composer.He was born in Zonguldak in Eregli district. He completed primary school here and then moved to Istanbul. He entered the Jazz Vocal Department in Bilgi University in 1999 as a scholarship student. He continued his studies in the Turkish Music State Conservatory Fundamental Sciences Department in Istanbul Technical University in 2003. He vocalized many singers and notably Tarkan in the same years in their albums and concerts.Murat Boz made a breakthrough in 2006 with his first single called "Aski Bulamam Ben". He then made his first studio album in 2007 called "Maximum". He was awarded as the "Best New Singer" in the Kral TV Music Awards, Altin Kelebek Awards and Istanbul FM Golden Awards the same year. In 2008 came his first EP called "Uçurum". One year later came his second studio album called Sans. Clips were shot for the songs "Para Yok", "Özledim", "Her Seyi Yak", "Sallana Sallana", "Gümbür Gümbür" and "Buralardan Giderim" in this album. He performed a duet with Soner Sarikabadayi in the clip version of the song "Iki Medeni Insan". In March 2010 came his second single called "Hayat Sana Güzel".On 12th of April 2011 came the clip for the song in his third studio album called Asklarim Büyük Benden with the same name. And on 9th of May 2011 the album was released. Clips were shot for the songs "Hayat Öpücügü", "Geri Dönüs Olsa", "Kalamam Arkadas", "Bulmaca" and "Soyadimsin" in the album. The two songs "Geri Dönüs Olsa" and "Kalamam Arkadas" were on the top of the lists. Boz then prepared his first remix album called "DanceMix" made up of his most popular songs. The first clip for this album was shot for the remix version of the song "Özledim" and the second was shot for "Geri Dönüs Olsa".Murat Boz can play the piano, the violin and the reed flute and besides his musical career he has appeared as the advertisement face of various companies. He also acted in the leading role in the film called 'Hadi Insallah' that came to the theaters on 28th of November 2014 inspired from the book by Pucca called the Küçük Aptalin Büyük Dünyasi. He again acted the leading role in the film called 'Kardesim Benim (2016)' which will be coming to the theaters in January 2016. He is a member of the jury in the TV program called "O Ses Türkiye" broadcast since 2011 and he was the winner jury in the first session of the competition. He has two Altin Kelebek Awards and two Kral TV Video Music Awards.