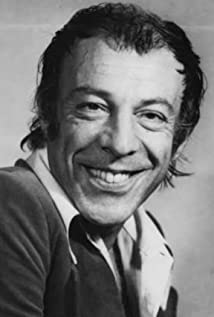 He was born and grew up in Istanbul. He started his career at Bakirkoy Community Center Theatre. Later he worked at Ankara State Theatre, Istanbul State Theatre and Istanbul City Theatre. He also worked in small play houses with today's famous actors and actresses. He made his place in the theatre stronger with the play Fareler ve Insanlar (Mice and Men). Although he was a known stage actor he became famous nationwide with his movies, after 1950's.In 1970's, he took part in many Ertem Egilmez movies which contained other famous names of the time. In those movies he mostly played with actress Adile Nasit as a duo and they became a memorable couple in the minds of the audience. His most known role is Kel Mahmut (Mahmut the Bald), who is the idealist principal of a high school with troubled students in Hababam Sinifi; movie series. Kel Mahmut (a.k.a. Mahmut Hoca) tries to help those students and guide them to a better life.Ozkul, secluded himself from public when the TV started to become popular. Yet, he appeared in some TV shows as a guest star or in small parts.Turkish Ministry of Culture awarded him with the title State Artist, in 1998.In his youth he had some problems with his drinking habit. After that he spent the most of his life fighting against alcohol and by the 1990s he quit drinking, completely.Ozkul's been married for 4 times and he has 3 children from those marriages. His first wife was Sadan, the second one was a famous actress Suna Selen, the third one was Yasar and the fourth and current one is Umman Ozkul with whom he's been married for 27 years now. One of his children, Guner Ozkul, is an actress and a TV presenter.He's been suffering from Dementia since the early 2000s and, as a result of this disease, he almost never leaves home.He's been battling with dementia and COPD for almost two decades and on January 5th, 2018 he lost that battle. He died at his home in Istanbul, where he lived the rest of his days with his family, at the age of 93.

Ya ya ya sa sa sa