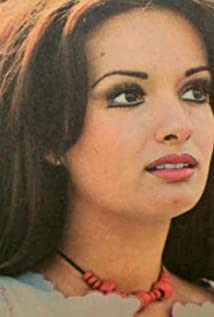 Müjde Ar (born Kâmile Suat Ebrem, 21 June 1954 in Istanbul) is a Turkish film actress.She is the oldest daughter of the dramaturge and song writer Aysel Gürel. She left school at the age of 20, while she was doing a German Language and Literature M.A. at the Istanbul University. At the age of 21, she married TV director Samim Deger and started to work as a model before taking part in Turkish B movies. After making about 100 B films & family comedy films between early 70s and early 1980s, her breakthrough came with the 1984 Yavuz Turgul film Fahriye Abla (Sister Fahriye). Fahriye Abla was the screen adaptation of Ahmed Muhip Dranas' poem of the same name.Her portrayal of modern, sensual, independent, rebel woman in her films after Fahriye Abla won the hearts of Turkish film-goers. It was considered a revolution in the relatively conservative mainstream Turkish cinema at that time, when females played mostly second fiddle roles. Mujde Ar then became the cult object of women cinema and the lead of many films by renowned Turkish directors Atif Yilmaz, Halit Refig, Basar Sabuncu, Ertem Egilmez. Her filmography includes Dul Bir Kadin (Widow), Daginik Yatak (Messy Bed), Ahhh Belinda, Adi Vasfiye (Her Name Was Vasfiye), Asiye Nasil Kurtulur (Who Can Save Asiye?), Asilacak Kadin (Woman to Be Hanged), Teyzem (Auntie), Karsilasma (Encounter), Agir Roman (Heavy Fiction).Müjde Ar has received several major Turkish cinema awards, such as the Golden Orange in Antalya Film Festival and the Turkish Cinema Critics Association Best Actress Award. She has recently come into the public spotlight. Müjde Ar was the opening night presenter of Ankara Flying Broom Women's Film Festival in May 2005. She was reported recently to be working on a new film project to act along with Turkish pop music diva Sezen Aksu. This project seems to be frozen for the time being, however.Through the late 1970s, she was the girlfriend of director Ertem Egilmez. In 1980, she started her relationship with composer Atilla Özdemiroglu that would last until 1995. Müjde Ar married politician Ercan Karakas in 2005.

The Woman Whom Must Be Hanged