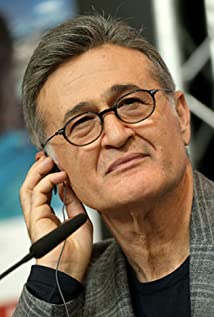 Müfit Kayacan was born on 17th January 1959, in Kas, Antalya, Turkey. He is an actor known for his roles in, A Tale of Three Sisters (2019), Bartu Ben (2018), Brave and Beautiful (2016-2017) and Frenzy (2015).He was nominated for the Best Comedy Male Actor Award at the Istanbul 16th Afife Theatre Awards.Additional Info He founded the Antalya Municipality Theatre (ABT) in 1983 and has served as Artistic Director for 25 years. In the process, he has acted in 32 different plays and directed 25 plays. During the same period, he held a management position at the Cultural Services Department in Antalya Metropolitan Municipality for 10 years. It was through this position that he launched many theatre festivals in Antalya including the first 'High School National Theater Festival' in 1993 which started with the participation of six schools for the first time in Antalya's history. In addition to this, he served as a jury member at the prestigious Antalya Golden Orange Film Festival.He continues his involvement in theatre but is currently focused on Film snd TV projects.