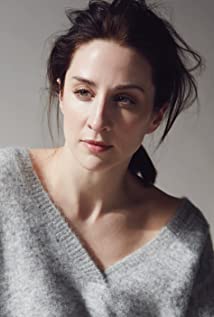 Morven Christie was born in Dumbartonshire, Scotland, and grew up in Glasgow and Aviemore. She trained as an actor at Drama Centre London under Reuven Adiv, a colleague of Lee Strasberg.Morven Christie took the lead role of DS Lisa Armstrong in ITV's hit 2019 series The Bay, with Morven's performance as the focus of the critical acclaim, with The Guardian stating Christie was "pleasingly finally coming into her own kingdom". The show aired in Spring of 2019, securing Christie her third BAFTA Scotland nomination, with a second season due to air in 2020.Christie starred in BBC One's two-hander psychological thriller mini-series, "The Replacement," which had viewers on the edge of their seats in early 2017. Morven was lauded as 'effortlessly convincing' by The Telegraph for her performance as pregnant architect Ellen, whose life spirals as she suspects that her maternity cover is out to take more than just her job.Morven starred in 2016's critically acclaimed BBC drama television series "The A Word," written by Peter Bowker. Her portrayal of Alison Hughes, a mother struggling to come to terms with her son's diagnosis for autism, won her rave reviews. The Hollywood Reporter's Tim Goodman said: "Christie's performance is perfectly matched to Bowker's mission - to illustrate the emotional roller-coaster parents will go on once autism is detected. [...] It's a very challenging role that Christie nails perfectly." The eagerly anticipated second season of "The A Word" aired in 2017, with the third and final season due to air in 2020.Morven starred as recurring character Amanda Hopkins in the much-loved ITV series "Grantchester." She played the long-time love interest of Sidney Chambers, played by James Norton, who is kept apart from her by the social conventions of the 1950s.On the big screen, Morven featured in an all-star cast including Emily Blunt, Rupert Friend, Paul Bettany, Miranda Richardson, Jim Broadbent and Mark Strong in "The Young Victoria," and starred in the BAFTA-nominated romantic drama "Lilting," alongside Ben Whishaw and Pei-Pei Cheng.On stage, Morven has played leading roles at The Royal Shakespeare Company, for Sam Mendes' Bridge Project in New York and London, and at the National Theatre.

The Sinking of the Laconia