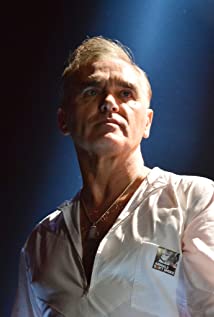 Takma İsimler: Moz, Mozza, Mozzer, The Pope of Mope, The Sage of Salford

Steven Patrick Morrissey was born in Davyhulme, Manchester, England, UK. At a very early age, he took an interest in writing. His top priority was poetry, though he would have his biography on James Dean, "James Dean Is Not Dead", published by his early 20s. His literary influences ranged from Oscar Wilde to Johann Wolfgang von Goethe, though he was also an avid fan of pop music and film. Some of his primary musical idols were David Bowie, Ray Davies and Marc Bolan.In 1982, Morrissey was approached by local Mancunian guitarist and songwriter Johnny Marr. Marr asked him to collaborate, and so began possibly the greatest songwriting duo of the 1980s. Morrissey's witty and morbidly sentimental lyrics were a perfect match with Marr's odd chord progressions and unusual tunings. They soon added Marr's schoolmates Andy Rourke (bass) and Mike Joyce (drums). The duo became a quartet and dubbed themselves The Smiths. The Smiths released six studio albums and several catchy three-minute singles from 1983 to 1987. The band found critical acclaim in both their native England and the U.S. They never broke into the mainstream in the U.S., though they became college radio legends, mainly due to Morrissey's intelligent but often controversial themes.The band broke up in 1987 over a conflict of musical interest between Morrissey and Marr. Morrissey found solo success after The Smiths, achieving a far greater status in the U.S. than The Smiths ever had. His greatest triumph was 1992's "Your Arsenal", which was nominated for a Grammy for best alternative album. The album was produced by former David Bowie guitarist Mick Ronson.In 1997, former The Smiths drummer Mike Joyce successfully sued Morrissey and Marr over songwriting royalties. The chance of a "Smiths" reunion seems bleak, but their music will continue to be played by devoted, intelligent fans everywhere. To put it simply, the music of Steven Morrissey and The Smiths was "as smart as pop music gets".

Is It Really So Strange?

The Smiths: The Complete Picture