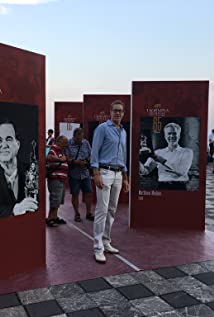 Morris has produced approximately sixty films including Glengarry Glen Ross, Ladies in Black, The Man from Elysian Fields, Price of Glory, Marilyn Hotchkiss Ballroom Dancing & Charm School, The Visit, The Signal, Weirdsville, and Master Harold & The Boys. Three of his films have premiered at Sundance; six have premiered at The Toronto International Film Festival; he's produced the opening night film at Slamdance, and High Life was his first film to premiere at Berlinale. Morris' films have been oft-feted as well: The Visit was nominated for four Spirit Awards; The Signal was nominated for The Cassavetes Spirit Award and Al Pacino was nominated for an Academy Award as best supporting actor in Glengarry.Morris established his own production company, Shoreline Entertainment, in 1992, which expanded to include a sales and distribution arm in 1997 and a management arm in 2009.Shoreline has arranged distribution for hundreds of films, many of which have also been recognized in major film festivals around the world. Shoreline has fostered an active Spanish-language slate, including the Chilean festival darling La Nana (nominated for a Golden Globe) and Paraguayan hit 7 Cajas (screened at over 110 film festivals). As a result, Shoreline built a Latin American management branch. By consistently working with prominent writers and directors and by developing and acquiring projects that are attractive to the mini-majors and foreign markets alike, Morris has ensured for close to thirty years that Shoreline remains a stable yet versatile and ever-evolving organization.In 2019, Morris launched a new production and management company called MoJo Global Arts. The management division represents writers and directors from all over the world, with a strong emphasis on Latin America. MoJo is simultaneously producing movies, documentaries, and TV shows.Morris' most recent film Ladies in Black, directed by Bruce Beresford and starring Angourie Rice and Julia Ormond, was the Closing Night Film at the recent Palm Springs International Film Festival and was released theatrically by Sony worldwide. Currently, Morris is in post-production on The Swearing Jar, has set up a limited series with The Wolper Organization and a TV series with 3Pas, has a movie with Wolfgang Petersen directing at Warner Brothers, and two documentaries in post-production with White Horse, a documentary about Gene Wilder directed by Chris Smith (Tiger King, Jim & Andy: The Great Beyond) and, another one about Shari Lewis directed by Lisa D'Apolito (Love, Gilda).Morris is also active in supporting up-and-coming filmmakers in the industry; prominent contributions include being an industry guest at the co-production forum at the Venice Film Festival, holding round tables at The Cannes Film Festival, and hosting an industry panel at the SXSW Film Festival. On numerous occasions, Morris has volunteered to coach students at UCLA and has been a guest speaker at Chapman, UNLV, and at the North Carolina School of Arts. Morris authored the foreword for two books; the second edition of "The Independent Filmmaker's Guide to Writing a Business Plan for Investors" and "The Independent Filmmaker's Guide to the New Hollywood: Success in the Era of Netflix and Streaming Video.

I Had a Bloody Good Time at House Harker

A Farewell to Fools

The Amazing Adventures of the Living Corpse