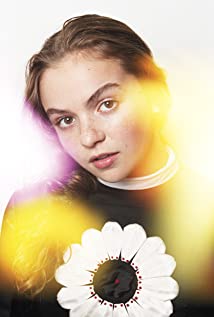 Morgan Saylor was born in Chicago and raised in Atlanta, Georgia. Her love of acting was apparent at an early age. She began in theater, performing in local and regional stage productions. In 2009, Morgan was cast as Dana Brody, on Showtime's "Homeland". The acclaimed television show was filmed in Charlotte, North Carolina, which allowed her to travel back and forth while still attending public high school. After the show's completion, Saylor moved to New York in 2013. Based in Brooklyn, she has shuffled between theatre and feature films. She starred alongside Kevin Costner in Disney's "McFarland", originated the role of Penny in When We Were Young and Unafraid at the Manhattan Theatre Club and as Leah in the Sundance-breakout film "White Girl". As of 2017, Morgan attends the University of Chicago, studying mathematics. In 2019, Morgan starred in "Blow the Man Down", which was released by Amazon Studios. As of 2020, Morgan attends Columbia University.

Mark, Mary & Some Other People

The Greening of Whitney Brown