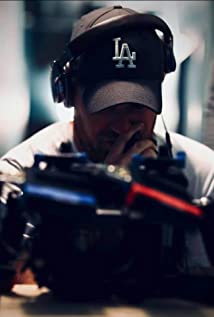 Morgan Fallon is a nine-time Emmy nominated Executive Producer, Director and Cinematographer. He was born and raised in New England. He went on to study film at Emerson College in Boston. After graduation, he spent three years working for his mentor, Director Michael Mann. In 2003, he turned his focus to nonfiction production as a Director and Cinematographer, filming and directing hundreds of hours of content and amassing over fifteen thousand hours in the field domestically and in over sixty countries on seven continents. In 2007, he began a long-term working relationship with producers Chris Collins and Lydia Tegnalia and their New York-based production company, Zero Point Zero Productions. Throughout his tenure at ZPZ, Fallon has focused primarily on work with ZPZ creative partner Anthony Bourdain on several episodic series and documentaries produced by Bourdain, including the Emmy winning Mind of a Chef, the theatrically distributed documentary The last Magnificent and the Emmy, Peabody, PGA, TCA and ACE award winning series Anthony Bourdain: Parts Unknown, which Fallon shot, directed and produced throughout the series' one hundred and three episode run. Currently, he is a Director and Executive Producer for the Emmy winning series United Shades of America with W. Kamau Bell. Fallon specializes in empathic, cohesive and comprehensive human connection and storytelling as well as premium cinematography in a wide range of environments. He possesses an extraordinary depth of operational knowledge and grasp of local customs and codes of conduct in a far-reaching spectrum of cultural contexts. Additionally, he has received comprehensive hazardous/hostile environment training and has broad experience in wilderness production. Fallon's other skills include international production logistics, post/story producing, set lighting, Non-fiction television writing and underwater cinematography. Morgan Fallon has received three Daytime and six Primetime Emmy nominations, including Primetime Emmy wins for Nonfiction Cinematography and Nonfiction Directing. He lives in Woodland Hills, California, with his wife and production partner, Gillian Brown, and his two children, August and Iris.

Roadrunner: A Film About Anthony Bourdain

The Mind of a Chef