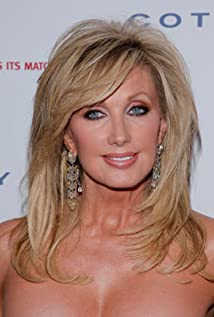 This elegant lady has defined the television version of the rich, sophisticated businesswoman who knows what she wants, and will do whatever it takes to get it. She was born Patsy Ann McClenny on February 3, 1950 in Dallas, Texas. She began acting as a child, when her mother enrolled her in drama lessons after she was too shy to give a book report in class. From the age of 10, she performed in children's plays. Later, she would do dinner theater and stock productions in Dallas. She chose Morgan as a stage name. In 1973, Morgan decided to pursue a career in television; just 6 weeks after moving to New York, she landed the key role of Jennifer in the daytime soap opera Search for Tomorrow (1951); she stayed on until 1977.Morgan moved to Los Angeles, where she originated the role of Jenna Wade on the wildly popular nighttime soap opera Dallas (1978) (Jenna was later portrayed by Priscilla Presley). Morgan made numerous guest appearances on television series. She played Constance (Weldon) Carlyle in Flamingo Road (1980), and she was nominated for a Golden Globe for Best Actress; that was her breakout series that propelled her to stardom.Morgan continued to perform in live theater, her acclaimed portrayal of Skye in the off-Broadway comedy "Geniuses" helped make it one of the "Top Ten Plays" of the year according to Time Magazine and the New York Times. Other stage appearances have included productions of "Goodbye Charlie" and "Gentlemen Prefer Blondes." On television, she played the naughty Racine in the soap opera Paper Dolls (1984) in 1984. Later, she starred in the soap opera Falcon Crest (1981) from 1985-86, having made a niche for herself playing ambitious beauties. Morgan received an Emmy nomination for a special episode of Murphy Brown (1988).Morgan has shared some of her beauty secrets by authoring the book "Super Looks" which is a complete guide that includes makeup, exercise, and diet tips. Morgan is a member of the Entertainment Industry AIDS Task Force. She is an active speaker on environmental issues and helped found the Environmental Communications Office, which encourages entertainment industry professionals to become better educated and more active on environmental issues. Morgan is a collector of movie memorabilia (particularly anything about Marilyn Monroe) and antique clothing. She is a ballet fan and is also interested in anthropology and paleontology; Morgan is truly a brainy beauty.