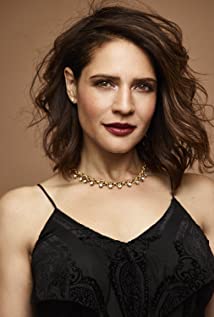 Monique Gabriela Curnen is an American actress who has worked in theater, film and television. She grew up in Massachusetts. Both parents were educators and encouraged creativity in the home. Monique took an interest in acting after watching her older brother perform in a school orchestra, and soon began performing in school plays.After graduating from Williams College, Monique moved to New York to pursue acting, and studied at The Actors Center, The Barrow Group, and The School for Film and Television. She performed in myriad theatrical productions and began booking roles in several films, including Maria Full of Grace (2004) and Bernard and Doris (2006).Monique's breakthrough role was in the critically acclaimed film Half Nelson (2006), as Isabel, a fellow teacher and love interest to Ryan Gosling's lead character. Her performance paved the way for a flurry of television guest star roles, most notably as Lupe, a street hustler with an untreatable condition in the award-winning series House (2004); a no-nonsense mafia informant in Without a Trace (2002); and an abused wife fleeing her husband in Journeyman (2007).But it was in Christopher Nolan's The Dark Knight (2008) that she captured the attention of fans worldwide as the tough, yet vulnerable Detective Ramirez. Other high-profile film roles include Fast & Furious (2009) and Contagion (2011). Monique continues to balance her film career with television work, and has been a recurring guest starred on such shows as Lie to Me (2009), Sons of Anarchy (2008), and CSI: Crime Scene Investigation (2000). She recently worked as an FBI agent in Roland Emmerich's TV movie, Dark Horse (2012).

Matters of the Heart