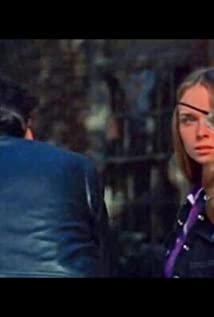 Slim, shapely and adorable blonde actress Monica Gayle did her considerable best to enliven a handful of enjoyably trashy soft-core flicks and exploitation pictures during the course of her ten-year film career which lasted from the late 60s up until the late 70s. With her cute elfin face, long tawny hair, trim, slender figure and sweet, bubbly, dynamic personality, the Chicago-born Gayle was a welcome, often alluring and always delightful addition to such entertainingly lowbrow drive-in dross as Southern Comforts (1971), Pinocchio (1971) (aka "The Erotic Adventures of Pinocchio"), Roxanna (1970), Take It Out in Trade (1970), The Stewardesses (1969) and The Harem Bunch (1969). Monica essayed starring parts with tremendously infectious aplomb on two notable occasions: she's a poor farm girl who makes a deal with Death to enjoy her one final day on Earth in Larry Buchanan's artsy Strawberries Need Rain (1971) and a sexually adventurous young lady in Gary Graver's sordid Sandra: The Making of a Woman (1970). Gayle achieved her greatest enduring cult feature fame with her marvelous portrayal of the jealous and traitorous one-eyed street gang member, Patch, in Jack Hill's fantastic Maggie's Stiletto Sisters (1975) (aka "The Jezebels"). She was likewise on the money excellent and engaging in a juicy lead role as a naive aspiring country singer in the first-rate redneck exploitation gem Nashville Girl (1976). Besides her film work, Monica also had guest spots on the TV shows Fantasy Island (1977), S.W.A.T. (1975) and The Cowboys (1974). Moreover, Monica had a recurring part on the popular daytime soap opera General Hospital (1963) in the mid 70s. Alas, Monica Gayle abruptly stopped acting in the late 70s and seems to have vanished into oblivion.

Love and the Midnight Auto Supply

How I Got My Mink