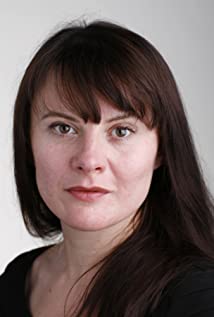 Monica was born in March 1969 into an Irish family and has a sister Gabrielle. She studied drama at the Guildhall School in London, graduating in 1991 and soon afterwards went into television. A supremely versatile character actress, she has tended to specialize in stunning portrayals of the darker side of life, as real-life stalker Maria Marchese in U Be Dead (2009), demure but deadly Miss Gilchrist in the superior Poirot adaptation Poirot: After the Funeral (2005) and, particularly, as serial killer Rosemary West in Appropriate Adult (2011) for which she, along with fellow Guildhall graduate Dominic West, deservedly received a BAFTA award. Therefore it was rather a surprise when she was not the killer in Midsomer Murders episode Midsomer Murders: The Great and the Good (2009), though she sort of made up for it by playing twin sisters, one nice, one less so, in Call the Midwife episode Call the Midwife: Episode #2.3 (2013). On stage she has not let the villainous side down as Regan in 'King Lear' with Ian McKellen and an unusual version of 'Macbeth', set in Africa, with her Lady Macbeth the only white protagonist. In 2014, despite a lighter role in the TV sitcom W1A (2014), she was back to being enjoyably horrid as George Mackay's bigoted mother in the film Pride (2014).

Days of the Bagnold Summer

The Witness for the Prosecution