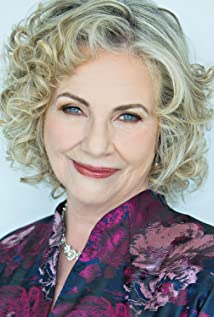 Mona Lee Fultz is a German-born American actress and Juilliard graduate with more than 50 films, TV movies, and commercials to her credit. She also has extensive theatrical experience including performances at Lincoln Center in New York City. She's a working actress whose 40-year career includes regional theatre, major motion pictures and network television shows. A highly sought-after acting coach, Mona is also the principal and artistic director of BriteLites Acting Studio in Austin, Texas.Fultz was born in Germany and came to the United States with her German mother and military dad. While a student at the Theatre Department at the University of Texas at Austin, she was awarded a full scholarship to the Juilliard School under the tutelage of legendary theater producer John Houseman. Her theatrical experience includes appearances in The Prodigious Snob at Lincoln Center; she was the guest artist for the Oregon Shakespeare Festival, and a tour of The Second Time Around starring Pat O'Brien. She performed Marigolds; Crimes of the Heart and many other stage performances in California, New York and Texas.Most recently, in addition to prominent supporting roles in feature films Angel Dog, The Teller and the Truth directed by Andrew Shapter, Richard Linklater's upcoming Boyhood (2014 release) and Bernie with fellow Texan and friend Matthew McConnaughey, Fultz co-starred in episodes of NBC's Friday Night Lights, Lifetime's Drop Dead Diva, NBC's The Chase and My Generation. Fultz has done six projects with Richard Linklater, who has also taken Mona's acting classes. In his slacker cult classic, Dazed and Confused (1993 film) Fultz played Mitch's "ear-pulling" mom. She also worked with Linklater on the award-winning animated feature Waking Life. "Working with Mona caused me to focus my creative energies. And she (boom!) got me over the hump from amateur to professional level." --Rick Linklater, Film DirectorOther notable film credits for Fultz include the 20th Century Fox film Hope Floats directed by Forest Whitaker which starred Sandra Bullock, and The Legend of Billie Jean co-starring with Christian Slater. Fultz' fellow actors and classmates at Juilliard included: Robin Williams, Christopher Reeve, Mandy Patinkin, Kevin Kline, Patti Lupone, Elizabeth McGovern, Christine Baranski.An actress, screenwriter, and acting coach, Mona Fultz is a proud member of the Screen Actors Guild-American Federation of Television and Radio Artists (SAG-AFTRA). She's been active in her unions and served as Secretary/Treasurer of the Houston Council of SAG-AFTRA.Mona is a passionate gardener. She's often lured back into the garden for another look at her rich native and tropical flora. Coming from a military family, Mona moved around the world. She's the eldest of seven children (six girls and one boy). "I loved when we were stationed in Hawaii. That's what inspired my inner gardener. I relax looking at plants and flowers. I feel very comfortable in Texas, too. I love the hill country and hiking at Enchanted Rock and having a German breakfast in Fredericksburg. I love the diversity of cultures in Texas, especially the Mexican culture and people." Mona's passion for acting continues to touch many aspiring actors seeking her expertise.