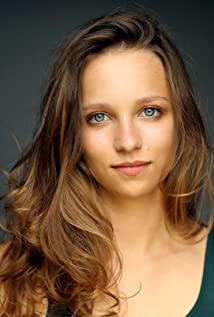 Molly Windsor (born 19 June 1997) is an English actress. She is known for her roles in the 2009 Channel 4 television film The Unloved, and the 2017 BBC miniseries Three Girls, for which she won the 2018 BAFTA TV Award for Best Actress. Windsor was named as a BAFTA Breakthrough Brit, one of the 20 members from the film, television, and gaming industries, in 2017.Lucy Manvers in The Unloved was Windsor's first professional acting role. The Times described her character as "played with an unsettling stillness by Molly Windsor". She was discovered by the writer and director of BAFTA-winning The Unloved, Samantha Morton, in a local drama school and casting agency, Rama Young Actors. She also had a role as Margaret's daughter in the 2011 film, Oranges and Sunshine.Windsor attended the Nottingham Actors Studio, a not-for-profit CIC organization, and the Television Workshop, and has signed a contract with London-based talent agency, the Artists Partnership.Windsor lives in Breaston, Derbyshire with her family. She attended the Nottingham's Central Junior Television Workshop, before switching to Rama Young Actors at the age of ten. As of 2009 she believed in God, which Samantha Morton named as a contributing factor in Windsor's casting in The Unloved.

When the Lights Went Out