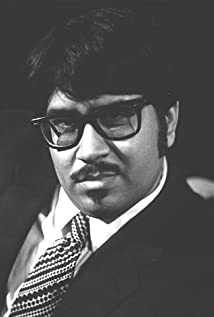 Just as Cinema Insomnia features timeless late-night films, host Mr. Lobo possesses a timeless quality that has gotten him to the place he is today - hosting bad movies on late night TV. For over 15 years this innovative producer and host has presided over the nationally syndicated cult movie show.Outside of Cinema Insomnia, you would assume Mr. Lobo is just another man, but no -- the tall dark stranger has made many appearances in independent genre films including the role of Criswell in the long awaited remake of Plan 9 From Outer Space.American Scary, Citizen Wood, and Virginia Creepers are among the several documentaries centered on films, sub-genres, film hosts, and television shows he's been involved with. His distinctive voice can be heard on commercials and trailers including the Hardware Wars 30th Anniversary marketing campaign and the Grindhouse style trailers of the anthology film Midnight Show.He has a spoken word album called Horrible Noises of Mr. Lobo's Very Bad Manor that was ranked by iTunes as one of the Top 40 Halloween Recordings.Mr. Lobo has made hundreds of live appearances all over the country and has been a special guest at Wondercon, Monster Bash, and is the current MC at Blobfest.More recently Mr. Lobo and Cinema Insomnia has found a new audience on connected television via OSI 74 which can be seen on Roku streaming devices and on the web.

Skeleton Key 2: 667 Neighbor of the Beast