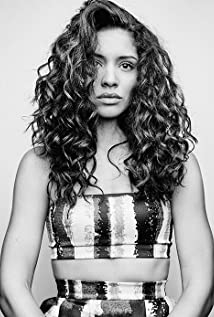 Miranda Rae Mayo is an American actress and singer songwriter originally from Fresno, California. After high school graduation, she relocated to Los Angeles to pursue her career full-time - and it didn't take long for Hollywood to take note.Shortly after arriving in LA, she starred as Reece Shebani on BET's popular series The Game (2006), and Zoe Browning on Days of Our Lives (1965). She went on to star as Talia Sandoval in ABC Family's hit series Pretty Little Liars (2010). In the summer of 2015, she guest starred as Vera Machiado on the critically acclaimed HBO series, True Detective (2014) and was a series regular on the ABC drama series Blood & Oil (2015) starring Don Johnson and Chace Crawford, where she played Lacey Briggs, Don Johnson's illegitimate daughter. Critics and audiences fell in love with her, praising her fierce character and singling her out, as an actress "you don't want to miss."She can be seen on Dick Wolf's hit NBC drama series Chicago Fire (2012) as Stella Kidd, a funny, fearless and brazen firefighter who joined Firehouse 51. The inspiration for which was drawn from real-life firehouses that feature two female firefighters.Her motion picture roles include We Are Your Friends (2015) and a leading role as the sassy model and muse Rose, in Wes Craven's final film (as producer) The Girl in the Photographs (2015), which premiered to a sold-out crowd at the 2015 Toronto International Film Festival.When not working, she stays active by running, cycling and practicing yoga. She is an avid music lover, playing cello, piano, singing and writing her own music. Whenever she finds time can be found at various jazz clubs listening to songs made famous by some of her favorite musicians such as John Coltrane, Herbie Hancock, and Billie Holiday. She is an aspiring philanthropist and donates to the following organizations: Reading for Kids, Peace Action West, Amnesty International, and Angel City Pit Bulls.