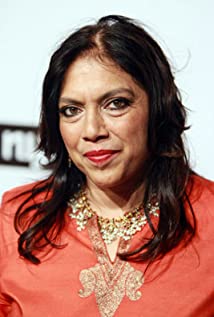 Accomplished Film Director/Writer/Producer Mira Nair was born in India and educated at Delhi University and at Harvard. She began her film career as an actor and then turned to directing award-winning documentaries, including So Far From India and India Cabaret. Her debut feature film, Salaam Bombay! was nominated for an Academy Award for Best Foreign Language Film in 1988; it won the Camera D'Or (for best first feature) and the Prix du Publique (for most popular entry) at the Cannes Film Festival and 25 other international awards. Her next film, Mississippi Masala, an interracial love story set in the American South and Uganda, starring Denzel Washington and Sarita Choudhury, won three awards at the Venice Film Festival including Best Screenplay and The Audience Choice Award. Subsequent films include The Perez Family (with Marisa Tomei, Anjelica Huston, Alfred Molina and Chazz Palminteri), about an exiled Cuban family in Miami; and the sensuous Kama Sutra: A Tale of Love, which she directed and co-wrote. Nair directed My Own Country based on Dr. Abraham Verghese's best-selling memoir about a young immigrant doctor dealing with the AIDS epidemic. Made in 1998, My Own Country starred Naveen Andrews, Glenne Headly, Marisa Tomei, Swoosie Kurtz, and Hal Holbrook, and was awarded the NAACP award for best fiction feature. Nair returned to the documentary form in August 1999 with The Laughing Club of India, which was awarded The Special Jury Prize in the Festival International de Programmes Audiovisuels 2000. In the summer of 2000, Nair shot Monsoon Wedding in 30 days, a story of a Punjabi wedding starring Naseeruddin Shah and an ensemble of Indian actors. Winner of the Golden Lion at the 2001 Venice Film Festival, Monsoon Wedding also won a Golden Globe nomination for Best Foreign Language Film and opened worldwide to tremendous critical and commercial acclaim. Nair's next feature was an HBO original film, Hysterical Blindness. Set in working class New Jersey in 1987, the film stars Uma Thurman, Juliette Lewis, Gena Rowlands. Thurman and Lewis play single women looking for love in all the wrong places, while Rowlands, who plays Thurman's mother, adds to her daughter's hysteria when she finds Mr. Right in Ben Gazarra. The film received great critical acclaim and the highest ratings for HBO, garnering an audience of 15 million, a Golden Globe for Uma Thurman, and 3 Emmy Awards. Following the tragic events of September 11, 2001, Nair joined a group of 11 renowned filmmakers, each commissioned to direct a film that was 11 minutes, 9 seconds and one frame long. Nair's film is a retelling of real events in the life of the Hamdani family in Queens, whose eldest son was missing after September 11, and was then accused by the media of being a terrorist. 11.09.01 is the true story of a mother's search for her son who did not return home on that fateful day. In May 2003, Nair helmed the Focus Features production of the Thackeray classic, Vanity Fair, a provocative period tale set in post-colonial England, in which Reese Witherspoon plays the lead, Becky Sharp. The film is scheduled to release in Fall 2004. Nair's upcoming projects include Tony Kushner's Homebody/Kabul for HBO, and Hari Kunzru's The Impressionist, and there are also plans to take Monsoon Wedding to Broadway. Mirabai Films is establishing an annual filmmaker's laboratory, Maisha, which will be dedicated to the support of visionary screenwriters and directors in East Africa and India. The first lab, which is only for screenwriters, will be launched in August 2005 in Kampala, Uganda.