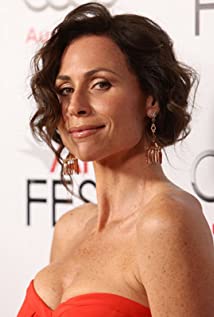 Minnie Driver was born January 31, 1970 in London and raised in Barbados until she was seven. Her mother, Gaynor Churchward, was a designer and former couture model. Her father, Charles Ronald "Ronnie" Driver, was a businessman. Minnie's mother was her father's mistress while he was still married to his wife. Minnie's sister, Kate Driver, is a manager and producer.Her breakout role was in the 1995 film Circle of Friends. Minnie then appeared briefly in the James Bond picture Goldeneye. Since then, she has focused on working in a wide tonal range of films. These include several cult classics: Grosse Point Blank, Big Night, and Owning Mahowny; the painted romance of Good Will Hunting (earning an Oscar nomination for best actress in a supporting role); musicals like The Phantom of the Opera; period comedies like the Oscar Wilde classic An Ideal Husband; and Princess Mononoke, the seminal animated Japanese film by Hayao Miyazaki. Minnie has also starred in several family films such as Tarzan, Ella Enchanted, and the 2021 live action Cinderella.Minnie has a wide-range of television work in place from FX's dark comedy classic The Riches, in which she co-starred with Eddie Izzard, to starring in two network sitcoms including NBC's About A Boy adaptation as well as ABC's Speechless. Both of which ran for several seasons. Minnie also pops up in key guest-starring roles such as her turn as Lorraine Finster on Will & Grace which lasted almost fifteen years and as Cath on the current BBC / HBO comedy Starstruck. Minnie is also starring in the Amazon anthology Modern Love which is on air now (2021).On September 5, 2008, she gave birth to a boy named Henry Story Driver. She is in a long-term relationship with Addison O'Dea.