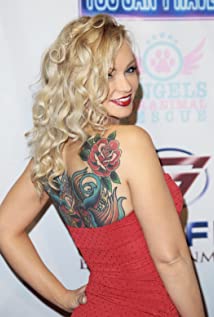 Mindy Robinson is a Los Angeles based actress and TV personality from Fall River, MA. She has become a prolific character actor accumulating over 150 appearances on TV and film in recent years. Her improv skills gained her exposure on over 30 network reality shows as a personality, and her extensive work in independent film continues to add to her heavily diverse fan base. She's known for her recurring TV roles on TBS's King of the Nerds (2013), and FOX's Take Me Out (2012), with George Lopez and for her lead roles in the films Range 15, Check Point, and You Can't Have It.

You Can't Have It

Revenge of the Samurai Cop