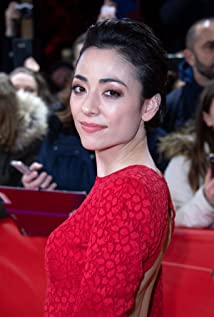 French and Japanese actor Minami is known for her performances in Vision (2018) alongside Juliette Binoche and Minamata (2020) alongside Johnny Depp.Minami started her career at 13 with her role in Battle Royale (2000). She has since worked with a wide array of important directors in Japan including Mika Ninagawa (Sakuran, 2007), Masanori Tominaga (Vengeance Can Wait, 2010), and Macoto Tezuka (Barbara, 2019). In addition to her body of film work, her performance in theatre (Erendira, 2006) and television (Yukan Kurabu, 2007) has brought her global renown.After more than 20 movies, plays, and TV series in Japan, Minami craved a new challenge; In 2015, she moved to Paris with the support of the Japanese Ministry of Culture. She has since studied physical theatre at Jacques Lecoq Theater School in Paris. She is now sharing most of her time between Los Angeles, Tokyo and Paris.In her spare time, Minami is a painter. Her art is exhibited in galleries world-wide. She is also an accomplished dancer practicing classical, contemporary, and traditional Japanese dance.

For You in Full Blossom - Ikemen Paradise -