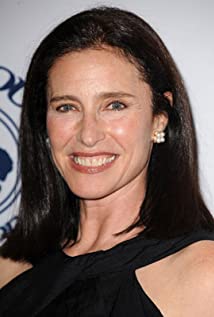 It's fair to say that after 20 years and over 50 film appearances, Mimi Rogers should be praised for her variety of roles and acting capabilities, not for a brief marriage to a Hollywood star. In the early 1980s she began to carve a niche for herself in Hollywood, appearing on television and in films. It was her role in Someone to Watch Over Me (1987) that got her noticed and was her springboard to stardom. Cemented by a marriage to Tom Cruise, an already established young actor, Mimi went on to appear in Hider in the House (1989), Desperate Hours (1990), and The Doors (1991). She appeared in a controversial movie analyzing religion in America, The Rapture (1991), which proved a hit and delighted audiences, creating many a debate over the film's subject material. She played a bored telephone exchange operator who swaps a sinful life of sex and swinging with other couples for a devout religious one, ending unexpectedly in disaster. Despite her successes, few meaty, interesting roles came her way in the '90s. Shooting Elizabeth (1992), opposite Jeff Goldblum, the family movie Monkey Trouble (1994), Far from Home: The Adventures of Yellow Dog (1995), and Full Body Massage (1995) were just a few of the films that she appeared in. Working consistently, she rejuvenated her career in the unexpected hit Austin Powers: International Man of Mystery (1997), playing Miss Kensington, an attractive female agent of 1960s London and the mother of Elizabeth Hurley's character. Next, Mimi was seen in the big-screen remake of the '60s sci-fi TV series Lost in Space (1998) and several guest appearances on the hugely popular television series The X-Files (1993), playing a scheming FBI agent. A role in the Canadian indie-horror Ginger Snaps (2000) did her career no harm. Soon, she was opposite Geena Davis in The Geena Davis Show (2000) from 2000-01 and playing an extremely rich Manhattan socialite in the direct-to-video Cruel Intentions 2 (2000).More recently Mimi has appeared on cable television, including leading roles in Charms for the Easy Life (2002) (which she also executive produced) and Cave In (2003) (a true-life disaster drama in which she played the Chief Superintendent of a mine). In 2004, she gave a revealing performance in The Door in the Floor (2004), a critical success. The Loop (2006), a Chicago-based sitcom, will soon be airing in America, featuring Mimi as a flirtatious office worker. Also in 2006, Mimi will be appearing in an original horror film, Penny Dreadful (2006), playing a psychiatrist in peril. In 2003, she married her longtime boyfriend Chris Ciaffa, with whom she has a son and a daughter. A poker novice, Mimi also travels around competing in tournaments, some televised.