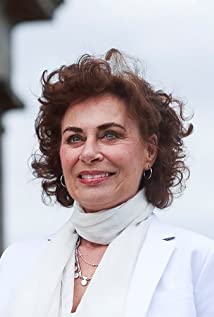 Mimi Kuzyk is a Winnipeg born actress, best know for her roles in the series Hill Street Blues (1981) and Blue Murder (2001). Mimi grew up in Winnipeg with her brother and five sisters. She discovered her love of dance at the age of eight. Following her passion, Mimi joined the Rusalka Folk Ensemble, which she would participate in as both a dancer and a choreographer for the next fifteen years. Realizing she was happiest on stage, Mimi decided to pursue an acting career in Toronto. After a series of commercials and small TV roles, Mimi moved to LA in 1983. After a only a short time in LA, she landed a recurring role as Patsy Mayo in the series Hill Street Blues (1981). This hit show was undoubtedly the making of Mimi's career; but she considers her greatest achievement to be her daughter, Kaliopi. After a lengthy career is in LA, Mimi has returned to Toronto and continues to work. She enjoys quiet times reading the classics with her cats.Mimi's film credits include Camille (2008), opposite Sienna Miller and James Franco, The Human Stain (2003), starring Anthony Hopkins and Nicole Kidman, as well as the science fiction thrillers The Final Cut (2004) with Robin Williams, and The Day After Tomorrow (2004). Her extensive body of film work also includes Lost and Delirious (2001), which earned Ms. Kuzyk a Genie nomination for Best Supporting Actress. On television, Ms. Kuzyk has recently been seen in guest starring roles on such hit shows as Ghost Whisperer (2005) and NCIS (2003). She is well recognized for her role as Detective Patsy Mayo on HIll Street Blues. Her performance as "Rita Kapeli" in the CBC drama Little Criminals (1995), and as Deputy Chief Kay Barrow in Blue Murder (2001) earned her Gemini nominations for Best Supporting Actress. In 2013 she was introduced to the world of motion capture in the video game Splinter Cell: Black List. Her recent credits include Pegasus Vs. Chimera (2012), A Very Merry Mix-Up (2013), and Sorority Surrogate (2014). She also stars with an incredible ensemble of Canadian stars in the independent film Sex After Kids (2013).