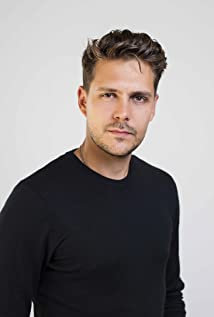 Graduated from the Faculty of Dramatic Arts in Belgrade (Acting Department) and was taught by Dragan Petrovic Pele; completed his master's degree at the same faculty in 2012, when he also enrolled in doctoral studies. The same year, he started working as a teaching assistant.Debuted with the role of Nebojsa Ljutic in The Dollars Are Coming (Stizu dolari) TV show, aired between 2004 and 2006 on Radio Television Serbia (Serbian Broadcaster).Continued his professional acting carrier with the role of Filip Pantic in the White Ship (Bela ladja) TV comedy series aired on Radio Television Serbia between 2006 and 2011. In 2008, he played a supporting role in The Storks Will Return (Vratice se rode) TV series, the show that distinguished itself from previous local TV productions by its shooting techniques, scope, and the number of actors.Starred as Aleksandar Tirnanic Tirke in the 2010 Serbian blockbuster Montevideo, God Bless You! (Montevideo, Bog te video) directed and produced by Dragan Bjelogrlic. The film Montevideo, God Bless You follows the historical success of the Serbian national football team at the first FIFA World Cup held in 1930 in Montevideo through the lens of the cultural and socio-political climate of those times. It was also the Serbian entry for Best Foreign Language Film at the 84th Academy Awards. The film brought Bikovic MTV Adria Movie Award, Car Konstantin Award for Best Actor at Nis Film Festival, as well as the FIPRESCI Serbia Award nomination for Best Actor. Montevideo, God Bless You won the Best Film Award at the Atlant sports film festival held in Lipetsk, Russia. The sequel to this blockbuster, See You in Montevideo (Montevideo, Vidimo se), was made in 2014. Both films drew half a million viewers in theatres.In 2012, he played Mihajlo Petrovic Alas, a distinguished Serbian scientist, in the film adaptation of the novel by Milovan Vitezovic, Professor Kosta Vujic's Hat (Sesir Profesora Koste Vujica) directed by Zdravko Sotra. This film - the remake of a 1971 TV drama - won the Golden Knight Award at the Sevastopol international film festival. It was both critically acclaimed and commercially successful. The following year it aired as TV series under the same name.In 2013, Milos Bikovic played lieutenant Garic in the Ravna Gora TV drama series, aired at Radio Television Serbia and directed by Rados Bajic. That same year he also portrayed Nikola Radosevic in Great, a short independent German film by Andreas Henn.In 2014 Bikovic worked with the Oscar winning director Nikita Mihalkov on his film Sunstroke (Solnechnyy udar), where he starred as Baron Nikolay Alexandrovich Gulbe-Levitsky. The screenplay for this great historic drama is partly based on the Russian Nobel Prize winner Ivan Bunin's short story Sunstroke and diary Cursed Days (Okayánnye Dni). This film won the Golden Eagle award from the National Academy of Motion Picture Arts and Sciences of Russia, the most prestigious award in Russia.In 2015, he played Radomir Saper in We Will Be the World Champions (Bicemo prvaci sveta) by Darko Bajic. This film won the Golden Gate audience award at Pula Film Festival in Croatia. Also in 2015, he starred as Roma Belkin in Soulless 2 (Dukhless 2) by Roman Prygunov and in the No Borders (Bez Granits) comedy omnibus set in the countries of the former Soviet Union.In 2016, he was casted as Zeus in The Myths by Alexandar Molochnikov. Since 2017, he has been starring as Pavel Arkadievich in the Russian-Ukrainian Hotel Eleon (Otel Eleon) comedy TV show, a spin-off of the popular sitcom The Kitchen.Bikovic starred in the musical romance Ice (Led) by Oleg Trofim, and the role of Leonov brought him the nomination for the Chopard Talent Award at Moscow International Film Festival In 2018.That year he also starred with Antonio Banderas in Beyond the Edge produced by Andrea Iervolino and his production house Iervolino Entertainment film.In 2018, Milos accepted the leading role of anti-hero Petar Marash in South Wind. Co-produced by Milos's production house, South Wind became the undisputed #1 box office hit according to Film Center Serbia's list. The film set a Serbian cinematography record, totaling over one million viewers globally. Bikovic won the Grand Prix of Nais as the Best Leading Actor at Nis Film Festival (2018) for this role.In 2020, South Wind TV series premiered on Radio Television Serbia as the sequel to the story of Petar Marash. The series hit record viewership of over 35.5 percent TV audience share, meaning that nearly one in two Serbian citizens watched it.In 2019, he played the Astronomer in the Coma (Koma) SF adventure by Nikita Argunov. The same year, Milos starred in The Balkan Line (Balkanska medja) directed by Andrey Volgin, firstly premiered in Russia, then in Serbia. This was the first Serbian-Russian co-production after a long time that enjoyed the support of both the Russian and Serbian Ministries of Culture. The action drama was inspired by true events that took place in the t

Son of a Rich