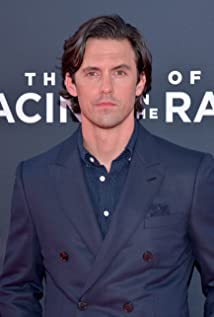 Milo Ventimiglia is an American actor, director and producer.Milo currently stars on the critically acclaimed drama series "This is Us." He has been nominated twice for an Emmy Award for Outstanding Lead Actor in a Drama Series (2017 & 2018) and a Critic's Choice Award for Best Actor in a Drama Series (2019) for his portrayal of the family patriarch, Jack Pearson. The show won the Screen Actors Guild Award for Outstanding Performance by an Ensemble in a Drama Series and the People's Choice Award for Best New Drama. In 2016 he reprised his role of Jess in the continuation of critically acclaimed television drama "Gilmore Girls', which returned with four 90-minute episodes on Netflix. His other television credits include a memorable recurring role as 'The Ogre' in the FOX drama "Gotham," the Frank Darabont helmed TNT drama "Lost Angels", NBC's "Heroes," the critically acclaimed drama "American Dreams" and David. E. Kelley's drama "Boston Public."Milo's passion for the art of acting keeps him drawn to both studio and independent features. Milo is wrapped production on the Fox 2000 feature film "The Art of Racing in the Rain," an adaptation of the international best-selling novel by Garth Stein. The book focuses on a family dog named Enzo who evaluates his life through the lessons learned by his human owner, a professional race-car driver named Denny Swift, played by Milo. The film will be released in September 2018. Ventimiglia recently starred alongside Jennifer Lopez in the romantic comedy "Second Act" and had a memorable cameo in "Creed II." He starred alongside Sylvester Stallone as his son in sixth installment of the Rocky series "Rocky Balboa, in Adam Sandler's "That's My Boy," and "Grown Ups 2" and alongside Nicole Kidman in "Grace of Monaco." His other film credits include Xan Cassavetes' "Kiss of the Damned," a remake of the 1986 Burt Reynolds drama "Heat" alongside Jason Statham" and the "Killing Season" with Robert DeNiro. Behind the camera Ventimiglia and his partner at Divide Pictures Russ Cundiff are involved in traditional content having sold TV shows to NBC, SyFy and FX, and producing the independent feature TELL which Ventimiglia co-starred along side of Jason Lee and Katee Sackoff as well as STATIC, which Ventimiglia co-starred with Sarah Shahi and Sara Paxton. Ventimiglia also produced the web-series Chosen, now in it's second season for Sony's Crackle as well as directed other digital projects for American Eagle Outfitters, Cadillac, GQ and Liberty Mutual. Divide Pictures' latest web-series "The P.E.T. Squad" Files for CW's Seed, is about a group of amateur ghost hunters who chase fame without having seen an actual apparition. The show launches summer 2013 from San Diego Comicon. Ventimiglia's passion for comic books led him to produce two titles for Top Cow / Image Comics "Rest" and "Berserker"Ventimiglia spends his free time working with vets through the Iraq and Afghanistan Veterans of America as well as taking USO tours to troops abroad.

Where Is Rocky II?