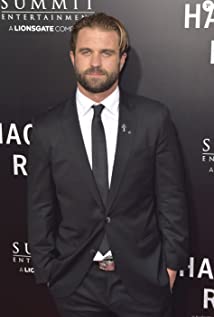 Milo Gibson, born 16 November 1990. His first leading role is in All the Devil's Men directed by Matthew Hope and co-starring William Fichtner and Sylvia Hoeks will be released later this year. Milo will next be seen starring in the WW II action drama feature Hurricane: Squadron 303, opposite Game Of Thrones' Iwan Rheone. He is the sixth son of Mel Gibson, whom recently came to act, having worked as an electrician before studying drama in Santa Monica, California. In 2016, Milo played a supporting role in the critically acclaimed war film Hacksaw Ridge directed by Mel Gibson with an all-star cast of Andrew Garfield, Vince Vaughn, Sam Worthington and Teresa Palmer. Milo's next film cast him as famous mob boss Al Capone in Gangster Land (2017), then he co-starred In Peter Facinelli's Breaking & Exiting, and took on a role in The Tribes of Palos Verdes starring Jennifer Garner.

All the Devil's Men